It seems that holding an opinion and expressing it in an honest and lawful fashion is being given the old ‘cold-shoulder’ now by Sefton Conservatives, or at least one of them.

I was somewhat surprised and yet also amused by an  ill-written and very discourteous email (grammatical errors left intact) that was addressed to my wife Cath and I today, 5 April 2014.

Apparently, Cllr Jones is getting his knickers in a twist over a multi-image photograph that I uploaded on Facebook.

This is the photograph along with the text (below the picture) that merely ‘asks’ questions about “Tory reps”. 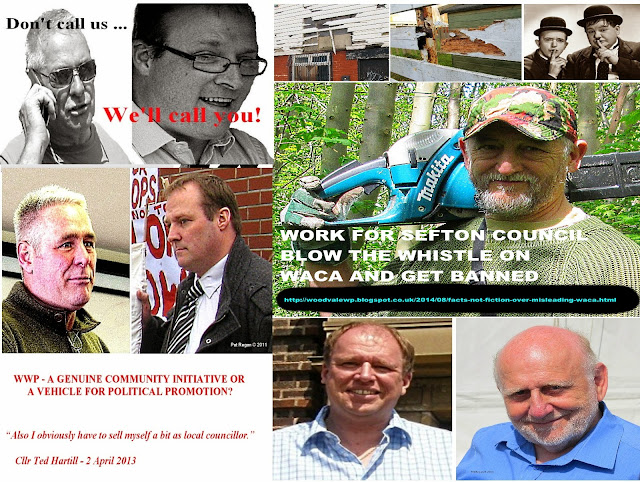 Well now - Cath placed a few SINCERE words of wisdom up on her FB page and it has been picked up by a local new site, Qlocal. This is actually VERY good as it highlights a small part of the ongoing WWP fiasco cover up. I also note that a few of the malicious posters are comically spitting the dummy ... now I wonder if these anonymous posters (i.e. 'Dessertboots' and 'Cant stand Libs' ) could be joined at the hip to our wondrous local Tory reps...lol... they are SO very perturbed it seems ....lol

Therefore, what is this comically ambiguous threat all about (apart from pent-up and VERY frustrated emotion) that we have received off Tory Boss, Cllr Jones?

I reiterate the grammatical errors are his alone and left in as they appear in his outrageous email. I would politely suggest that Cllr Jones gets himself a good  secretary, or a translator, before next seeking to attack local residents via email. This would ensure that both parties know 'what' he is supposed to be talking about!

I have just been forwarded the attached photo, and I would recommend that you be very careful with allegations that any of those posters maybe myself or someone close to me.

Having seen the attached I then went on to the site and read the comments and I am quite happy to take legal action against any coward that just sites behind a keyboard without proof of their allegations accusing me of such things.

I can confirm and if pushed, that site can be made to confirm that I do not post on that site, quite simply I am very busy with Council issus, work (and those without other agendas know so) and my family so I do not have the time to play silly games or sit behind a computer all day.

I repeat I am more than happy to take legal action against anyone who prints false allegations regarding myself.

I have cc'd Tony in as he is mentioned on there and to reassure him that is not my style and you've placed him I'm the situation with your photo.

I have also bbc'd the parties legal department into this.

To be quite frank, many of us believe that what Cllr Jones is getting so irritated about is the fact that local residents, along with our most 'supportive' Cllr Haydn Preece,  have regularly highlighted the fact that Cllr Jones and his Tory Colleague, Cllr Ted Hartill, have virtually BLOCKED all initiatives to improve the local Sandbrook Way area for elderly residents therein.

We have also regularly accentuated how Cllr Jones failed to assist residents, when asked, over the Woodvale Woodland Project (WWP) exposure fiasco.

Numerous examples of the type of political apathy exhibited  towards residents, (many who are elderly) exist on this blog

We do not take such outrageous yet ludicrous threats lightly and especially those coming from a leading Conservative politician who is ‘supposed’ to help tax-paying residents such as us!

He in fact I believe took similar fixated issues to the Southport Visiter newspaper recently when unsubstantiated suggestions were made that another local politician (Cllr Tony Dawson) was a poster on that particular site. 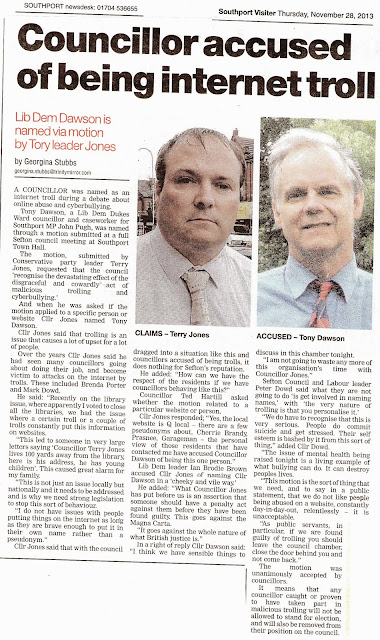 The term, ‘Pot calling the kettle black’, seems quite appropriate then in this instance.  Allegations are in reality worthless and amount to evidence of nothing at all! Cllr Jones 'should' know better than this!

Is Cllr Jones obsessed by what happens on the Qlocal website? Is this perhaps why he has spent some time pressing (and clandestinely taping) the admin of that site about identities of other people that he believes post on that site against him?

He may understandably deny this of course, yet the evidence is available. The inherent legalities of this action by a leading Southport Conservative politician 'may' also be potentially questionable under the Data Protection Act.

Cllr Jones mentions his Conservative 'legal department' in  his childishly-crafted email threat to my family, but has he considered the lawful implications of his own rash actions herein? Moreover, how would his stated legal department react to such information?

There is an old saying that Cllr Jones may wish to consider most carefully:  'People who live in glass houses should not throw stones!'

Cllr Jones may therefore regard this article as a separate complaint concerning  his own outrageous actions against Ainsdale residents, such as my family, and against freedom of opinion/belief, as stated in the United Nations Declaration of Human Rights; articles 18 and 19.

We fully welcome any “legal action” that Cllr Terry Jones or his political party care to bring but warn that such an absurd  move will be greeted with an immediate legal counterclaim for undue harassment, etc!

How dare this Tory councillor try threaten a good hard-working  family in such an appalling manner! Personally, we believe he is unfit to hold his current political position and call for his political superiors to mount a full investigation into his undemocratic and dismal conduct forthwith!

Can Southport politics ever reach a lower point than this?

Residents do have a right to know the truth.

A Tory leader threatening a family with legal action must  be highly newsworthy and could potentially go 'National', if initially given specialist local news coverage.

We continue to welcome professional media investigation into the serious matters that we have freely accentuated regarding Woodvale.

So far the Southport media have dismissed virtually all the social and ecological problems that have been highlighted. This is not any matter solely based on politics, but simply one regarding the presentation for residents of the facts that concern them!

The text below is our response to Cllr Jones, which we sent to him on 7 April 2014

Dear Cllr Jones
We write in response to your somewhat indistinct threat, dated 5 April 2013.
With respect, we have to point out that your grammatical errors do unfortunately make this email quite difficult to understand.
Consequently, perhaps you could take the trouble to run any future threats through your PC’s spellchecker the next time you decide to try and assault Ainsdale residents in this manner? This is not hard to do and would make life easier for all persons concerned. Thank you.
Your rather emotive tirade indicates that you appear to erroneously believe that our family have some type of inside control over the content of the website in question, i.e. Qlocal. This is not so!
What appears on such websites has nothing whatsoever to do with us. Therefore, we politely suggest that you take your distasteful threats, suspicions and private grievances to the administrators of that site, once again.
We say ‘once again’ as you will possibly recall that you have taken the trouble to ‘tape’ your previous conversations with individuals running the site and then forwarded them to a third party – yes?
Perhaps the questionable legalities of such an action by you are best left for another day?
You also mention “Tony.”
From what little we can ascertain from your semi- incoherent email you appear to be referring to Cllr Tony Crabtree.
Cllr Crabtree, along with Cllr Haydn Preece, has been most supportive of residents in need, unlike you and your Ainsdale colleague, Cllr Ted Hartill. Therefore, we are confident that Cllr Crabtree is quite capable of making any statement, if he chooses to do so, ‘without’ gratuitous pressure from you!
We also have to inform you that because of your contemptible and amateurish conduct we are now quite happy to expose this appalling situation to the wider public, by any means possible.
It is indeed a poor day when an elected public representative, such as you, takes to unjustly berating hard-working members of the public who have worked so hard to improve the Ainsdale area. Improvements for elderly residents that you and your Tory colleague, Cllr Ted Hartill, have ‘blocked’ have been taken badly by many people in the area.
We believe your bizarre outburst against us has more to do with ‘exposed inadequacy’ than anything else you are seeking (and failing) to accentuate in your threats.  Rest assured, ‘you’ shall not be receiving any votes from this local family after this odious debacle! Councillors are supposed to support residents, you however have done the exact opposite herein!  We are appalled.
We also object strongly to your oppressive conduct as you appear to be trying to ‘censor’ residents from highlighting the facts behind several issues that you seem to find exceptionally embarrassing. Is this not so Cllr Jones?
We have to advise you that we take great exception with your detestable and speculative threats of legal action. How dare you try to intimidate our family in such an antagonistic fashion!
Nonetheless, we fully welcome any action that you or your party care to take against us. Any such threat will immediately be greeted with a legal ‘counterclaim’ against you personally, or your party, for unwarranted harassment etc, if the necessity does arise!
Perhaps it is time for you to reconsider your political vocation, as current events indicate that you are experiencing difficulty in carrying out your duties in a constructive fashion that gives proper benefit to the public?
We are sorry if this response has come as a disappointment to you, but sadly you can only blame ‘yourself’ for the current predicament that you have irrationally brought down on your own head and that of your Conservative colleagues.
Yours sincerely
Mr and Mrs Regan
------------

NB. The Southport media have been made fully aware of this appalling situation, yet whether they bother to report the matter to the Southport public in their newspapers etc is of course entirely up to them! We however continue to believe that blind censorship of the facts is highly questionable and not an option in any truly free and democratic society.

The public have a right to know! 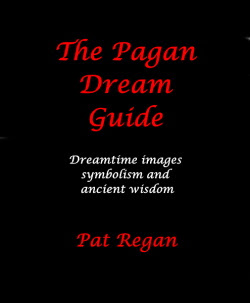